Not only did Nebraska end 2020 with VC deals significantly outpacing 2019 in annual deal value, but the state is also on course to beat that annual deal value as 2021 unfolds. The data suggests that Nebraska has built a healthy seed-stage investment ecosystem, as the state’s local investors do a remarkable job backing seed-stage and series A deals. However, when it comes to later-stage investments, it’s the cross-state investors that are commanding total deal value. 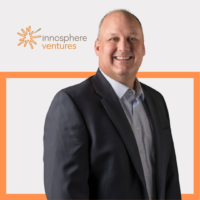 In Nebraska, 2021 is off to a solid and steady start with 15 VC deals closed which have generated a total of $139 million in cumulative deal value. This already sets 2021 as the 3rd best year for VC deals, only behind 2015 and 2018, which saw enormous deals from Hudl and Monolith Materials. The strong first half of 2021 could result in the state’s most significant year if more deals follow. Nebraska is ready for an increase in VC activity and startup growth, especially with public and private efforts to help accelerate the success of science and tech industries.